What can the utilities sector learn from the wastewater treatment solutions in place to protect lakes and rivers from contaminants during the construction of HS2?

Said to be the largest infrastructure project in Europe and among the UK’s most important economic and social regeneration projects in decades, new high speed rail line HS2 aims to link cities in Scotland with Manchester, Birmingham and London, cut journey times and increase rail network capacity.

Ultimately on track to cost up to £98bn, the project’s London and Birmingham legs are due to open between 2029 and 2033 while the second phase has been pushed back to between 2035 and 2040.

Split into three construction phases, the project comprises 260 miles of high speed line, with phase one alone delivering four brand new stations, two major depots, 32 miles of tunnel and 140 bridges. Some 170 miles of new high-speed line are already under construction between Crewe and London, employing in the region of 25,000 people. 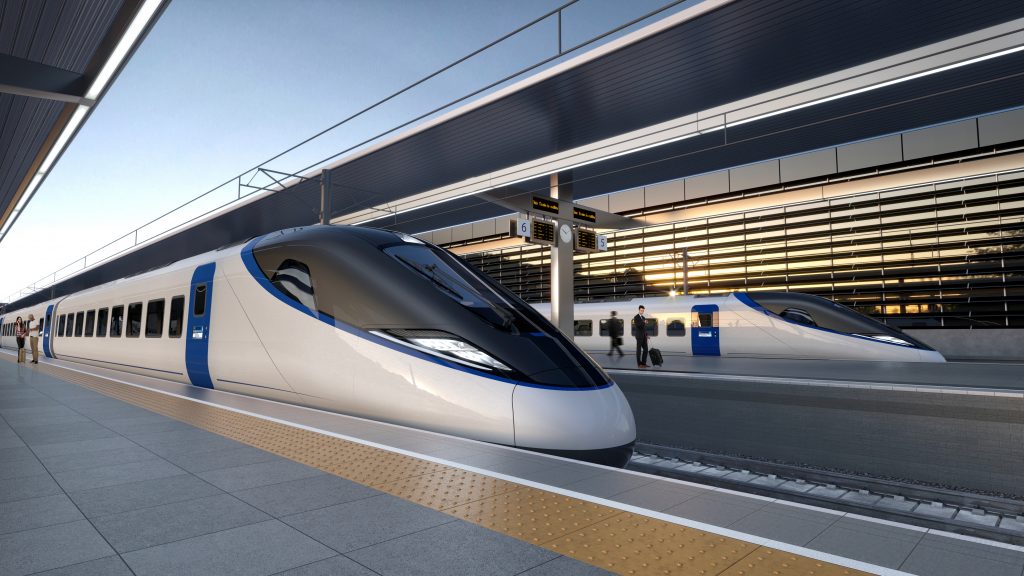 At its peak, construction will see 10 tunnel boring machines working 24 hours a day, seven days a week, excavating enough earth to fill Wembley Stadium 15 times over the course of the project. Weighing up to 2,200 tonnes, each machine will bore and line tunnels as they drive forward at up to 15 metres per day.

On top of this, HS2 will see the creation of some of Britain’s longest viaducts – more than 50 in total, including nine miles of them during phase one. Given the scale of ground engineering works and their proximity to lakes and rivers, it’s crucial that their construction is carried out with the minimum environmental impact and that adjacent water courses are protected from pollutants. 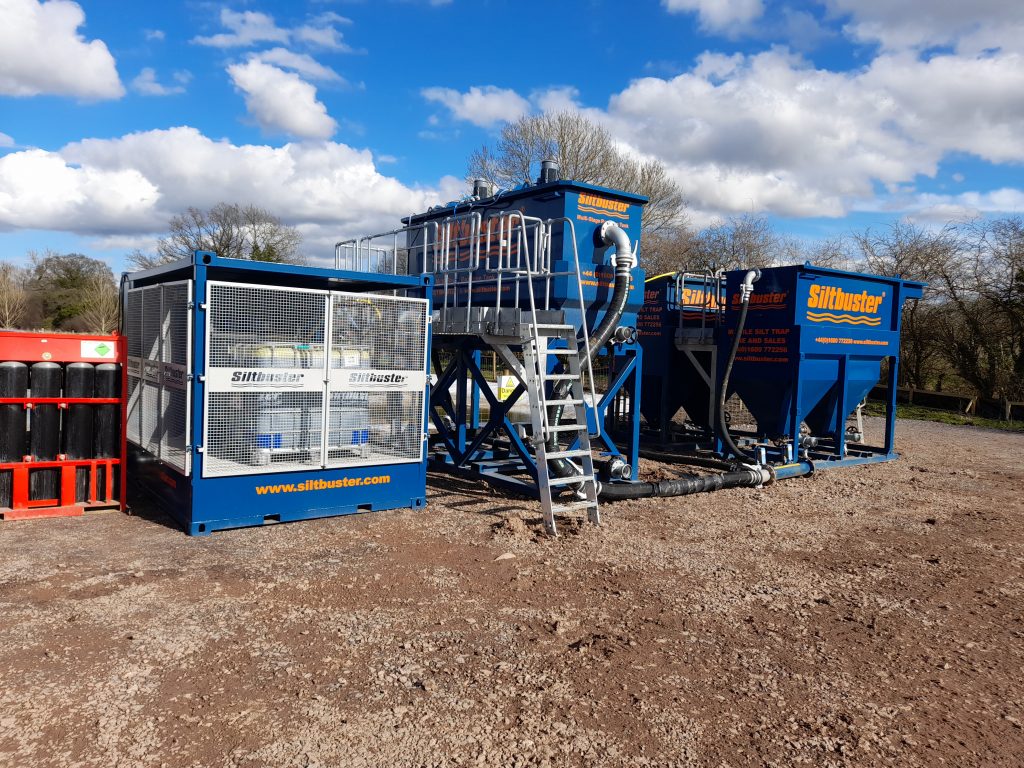 As such, HS2 teams have engaged on-site water treatment, wastewater processing and pollution prevention firm Siltbuster to treat wastewater until works are completed and replanted vegetation is ready to ensure the replacement of water treatment systems with nature-based alternatives –  seven million trees and shrubs will be planted as part of HS2.

“Before and after construction, water naturally runs clear to watercourses, however during construction large amounts of sediment are eroded from the exposed soil and transported in the water running across the sites,” James Tucker, business development manager at Siltbuster, tells Utility Week Innovate.

“It is vitally important, and a legal requirement, that the sediment is captured before the treated water is discharged to watercourse or sewer.” 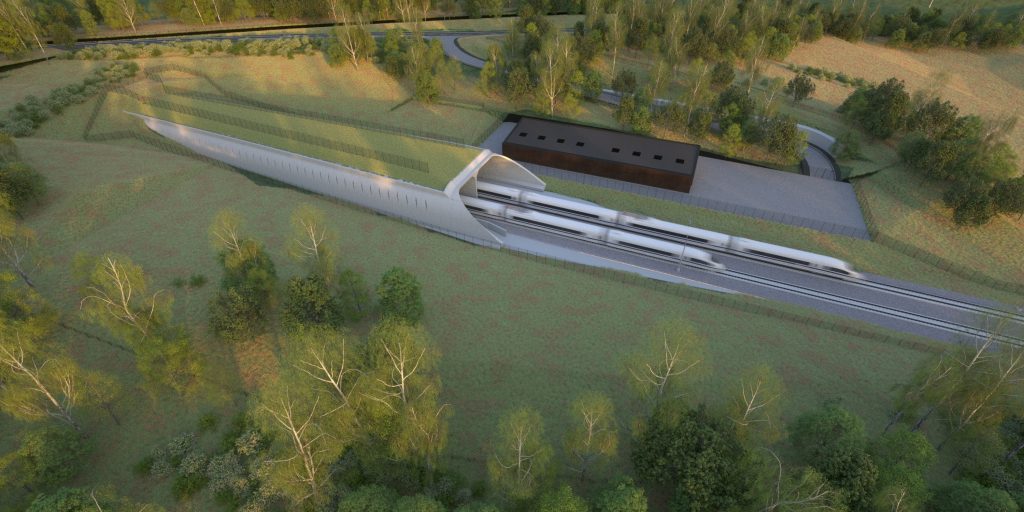 According to Tucker, while the modular water treatment solutions such as those used on HS2 have been embraced by the construction sector, he believes the broader water industry is yet to follow suit.

“The time and cost saved by having equipment arrive on site ready to plug and play is huge,” he says. 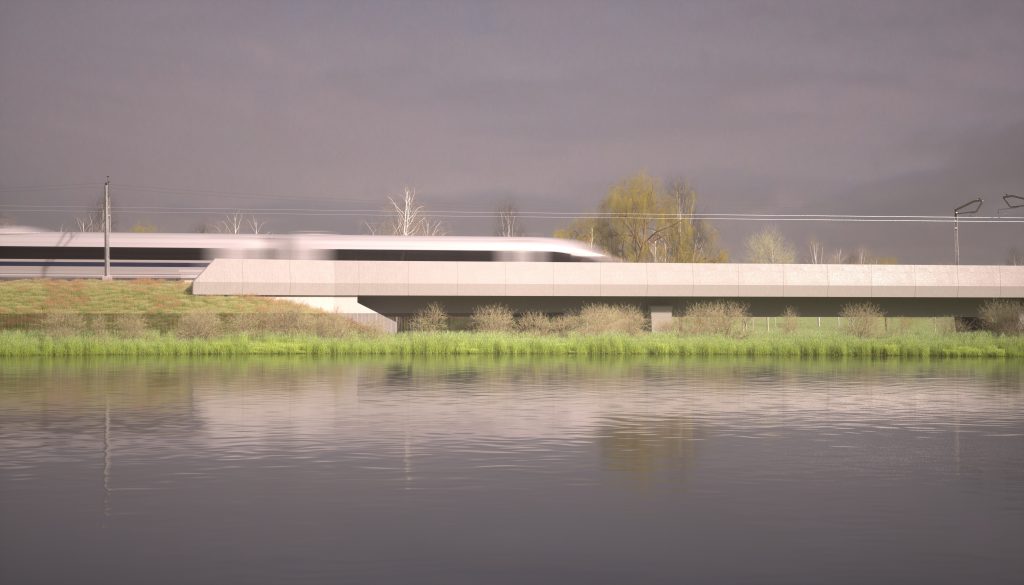 He adds that, at sewage works for instance, this offers the potential to reduce capital investment. “There is the capability to increase the capacity of a sewage works to match seasonal load variations, with kit only operational on site when needed.

“There is also the possibility of making smaller incremental upgrades for a shorter timeframe based on predicted population growth. This allows a properly functioning system to be designed to do what is needed now, not what might be needed in 20 years.”

A typical solution to enable discharge to a water course, may typically involve multiple treatment stages spanning flow monitoring, pre-conditioning of the solids, pH neutralisation and a separation or settlement stage before final treated water quality monitoring, for example.

Yet according to Tucker, the makeup of modular treatment systems – including settlement tanks, concrete washout units and multi-stage automated chemical dosing and settlement technology – deployed across HS2 varies in scale and complexity depending on the size of the flow that needs treating, where the treated water is being discharged and what each respective construction site’s discharge permit states – predominantly determined by the catchment size and the specific watercourse being discharged into. 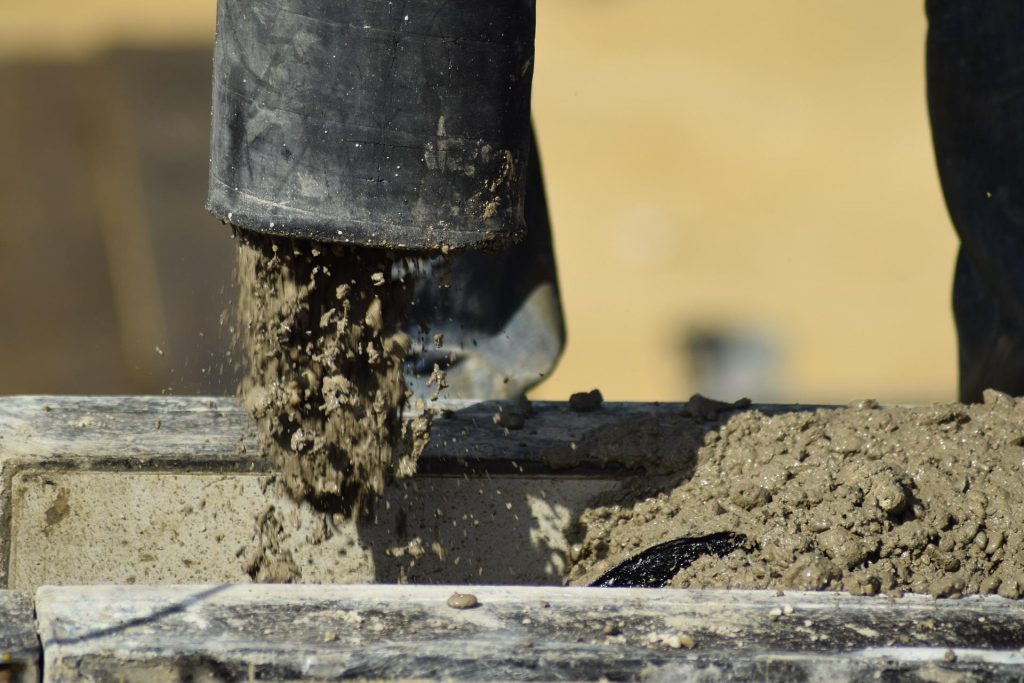 Additionally, the variety of pollutants from site-to-site – with concrete wash water, high pH or alkaline water, suspended solids, oils and hydrocarbons the most common contaminants – must also be accounted for.

“For a long duration project like HS2 spanning multiple seasons, the watercourse will be running cleanest during summer and the treated water must always be cleaner than this,” he says. “During winter, when the river naturally runs much dirtier, the treated water from site must still comply with the water quality required during summer.

“In order to achieve this, we use water industry standard chemicals, similar to those used to treat drinking water, to ensure that any fine solids are removed. Without removing these fine solids, the water leaving site would appear murky and  contaminate the receiving watercourse.”

As well as identifying alternative suppliers and ongoing refinements in unit designs, Tucker explains that a number of new treatment modules have been developed to treat HS2 wastewater, while facing up to challenges including the Covid pandemic, supply shortages and global raw material price increases.

Consequently, he explains that the level of planning has been significantly more complex than on  any “normal” construction site.

“These new modules have been designed around the specific flow ranges seen on HS2 sites, but also take into account the most economical manufacturing methods and component availability, without compromising treated water quality,” he says. “These units can be built faster, at lower cost and require a smaller footprint.

“We had understandably encountered similar requirements when working at Hinkley Point C and so were prepared for this – but the administrative load is very significant.” 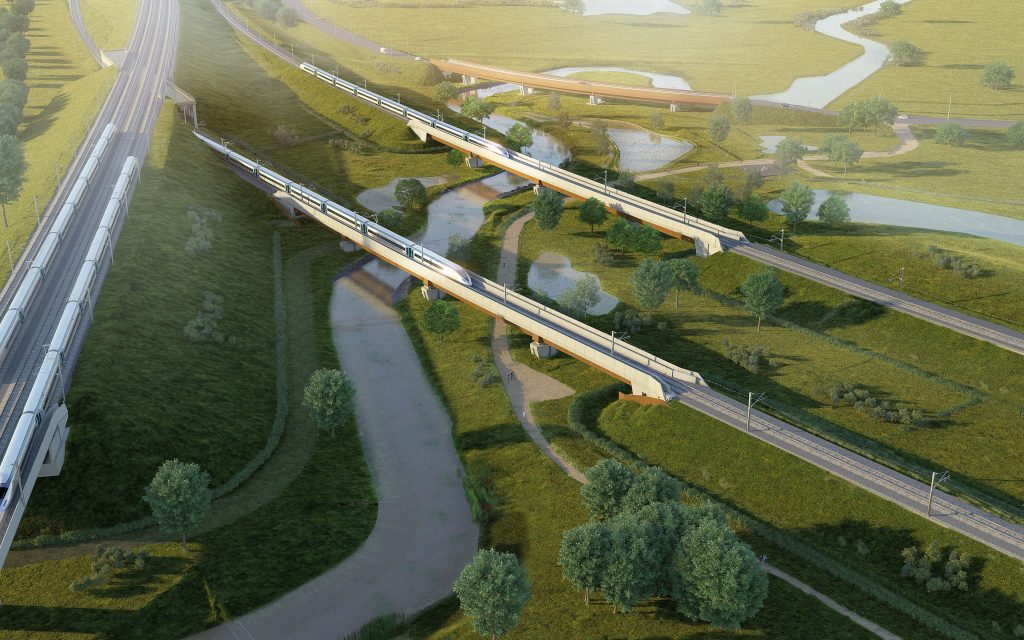 While HS2 pledges to provide a greener alternative to regional air and road travel, questions over its environmental footprint have been near constant – with campaigners highlighting potential destruction of habitat, biodiversity and the carbon footprint of the project. 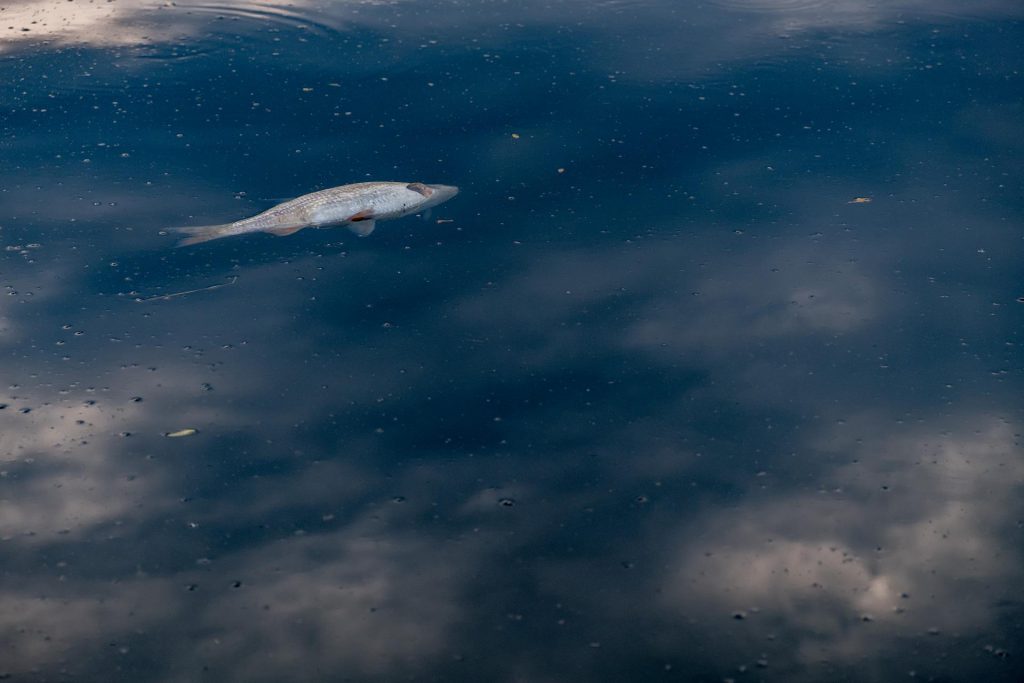 According to a 2013 investigation by the Independent on Sunday, for example, a national nature reserve, 10 county wildlife trust reserves, some 50 ancient woods, 30 river corridors, 24 sites of special scientific Interest and hundreds of other wildlife habitats risk being affected by the scheme.

However, efforts are underway to ensure HS2 tread’s lightly. Its recently been reported that updated designs at Streethay, near Lichfield, will result in 80% less concrete – around 70,000 cubic metres, the equivalent to 6,700 concrete mixer lorry loads or around 420,000 tonnes of carbon – for example.

In addition to wastewater treatment and the protection of watercourses, Tucker adds that,similar measures are in place to cut capital carbon during Siltbuster’s involvement in HS2, for example by minimising the amount of equipment sent on site at any given time.

“Laboratory test work is completed in-house at HQ in Monmouth to ensure the correct size and type of process is selected first time,” he says. “One size does not fit all and the variety within the hire fleet enables us to tailor solutions to a site’s requirements, rather than sending a single larger than required unit in response to every enquiry.

“Through correct equipment selection and careful load planning, we can send fewer vehicles to site,” Tucker says. “By working with a number of local hauliers, we have access to a wide range of vehicle types and sizes, so we only send what is needed to comply with the site requirements.”

He adds that the firm has also endeavoured to reduce site deliveries by deploying systems that feature chemical storage, typically with capacity for months, to reduce the volume and frequency of re-supply.