Since offering its customers the opportunity to own a stake in the company, “tens of thousands” of householders have signed up for Pennon Group’s WaterShare+ scheme.

Speaking at Utility Week’s Build Back Better forum chief executive Susan Davy said one in 16 households in the company’s region will become shareholders under the offer. 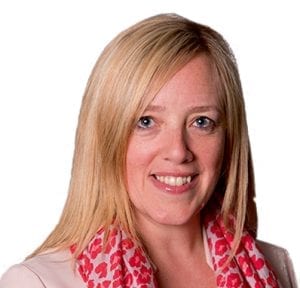 As part of South West Water’s “New Deal” commitment the company shared its outperformance payment rewards from AMP6 with its billpayers, offering either a £20 credit to their billing account or a share.

The scheme gives people in the region a voice in how their water company is run, Davy said, including the option to re-elect the WaterShare+ advisory panel if they are not satisfied with performance.

Davy said the company, which includes South West and Bournemouth Water, co-created its business plans with billpayers and used direct feedback to make the social contract “real and tangible” by offering the shares. “People can have a stake in the business, so when we do well the customers benefit financially”.

She said getting the relationship right between the company, as a “good corporate citizen”, and its customers creates “a ripple effect” which can flow through the community for the benefit of all.

Ofwat has encouraged firms to put social purpose at the heart of their business, with chief executive Rachel Fletcher urging for business plans to include it. The regulator has not yet mandated such inclusions but has considered options to penalise those that fail to do so.

Compulsory objectives for board leadership, transparency and governance were set by Ofwat last year via licence modifications for all water companies.