Regulatory rather than legislative changes are required to move the water industry away from its reliance on combined sewage overflows (CSOs), the MP behind new objectives has told Utility Week. 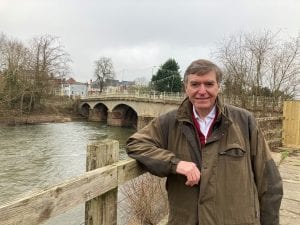 Philip Dunne, chair of the Environmental Audit Committee and sponsor of the Sewage (inland waters) Bill, said commitments made by the water industry, regulators and government to increase the transparency of the use of CSOs achieve several key goals of his private members bill.

The Storm Overflows Taskforce, established by Rebecca Pow last summer, has set a long-term goal to eliminate harm from storm overflows that will include greater transparency and increased reporting by water companies.

Dunne’s sewage bill was due to have its second reading in the House of Commons today (22 January) but was deferred for the fifth time due to Covid-19 restrictions on sittings. He told Utility Week the new objectives give government support for three of the main features of his bill instead of a second reading.

Water companies will be required to make real-time data on sewage discharges available at bathing sites all year round as well as on the use of overflows.

“Better data from water companies and the Environment Agency will put on the spotlight of transparency, which will have an electrifying effect as customers will see and understand what is going on,” Dunne said.

The EA will publish annually on water quality and overflows. Dunne said that will require it as the regulator to have full oversight of what’s happening. “This means they will take a much bigger interest in this than they have up until now.”

Dunne said for him the “real clincher” is that change will inform the guidance the government gives to Ofwat ahead of the next pricing review.

“That’s very significant because up until now government guidance has been very much focused on the supply side and relating to leakage,” Dunne said. “There has been very little on the treatment side of the business so this will be a transformational thing. Water companies will be as focused on treatment as they are on supply.”

Also included is an agreement by the secretary of state to report to parliament on water quality, which Dunne explained will keep water quality on the government’s agenda to be held accountable in a way it has never been before.

“This is going to take decades to fix completely because fundamental to it is separating surface and foul water drainage. However, there are actions around water treatment assets that can improve things.”

He said previous price controls saw plans to improve wastewater treatment assets rejected by Ofwat because they didn’t meet the regulatory guidelines to which they were working.

“By changing the guidelines, it means next time they’ll have more heft to be able to accept these plans and the water companies will be focusing more on these aspects in their next plans,” Dunne said.

“Capex to reduce leakage has generally been accepted but capex to improve treatment has often not. As a consequence of population pressure the water treatment infrastructure in this country in the past 60 years has not progressed as it should have done.”

Much of the drainage and sewer networks were built by the Victorians to last 100 years and have done so, but population and industrial growth has left the networks in need of updating.

“The pressures on infrastructure have grown significantly but all too often the investment has not been there.”

He said the involvement of water companies has been overwhelmingly positive. “Everyone has said much of the bill is admirable and contains measures they would like to see in place, some are more or less enthusiastic of some measures but the overwhelming response from the industry has been ‘bring it on’.”

“The industry knows there is a need for transparency and is realising it is something it has to do so is keen on getting direction and consent from Ofwat to invest in these assets.”

The next steps will be to explore whether specific measures require legislation and if that can be amended in the Environment Bill, but Dunne said much of the work he proposed required regulation rather than legislation.

He said other measures in his bill had been secondary and he will continue to make progress on these, such as sustainable drainage systems (Suds) through the work of the Environment Audit Committee.