Thames Water has installed new IT systems for monitoring its water supply and treatment works in London to replace decades old technology. 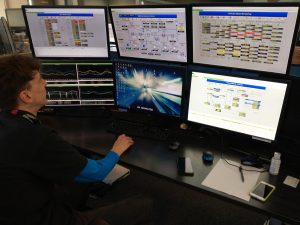 The company invested £20 million in the project to control the capital’s clean water supplies.

The new ClearScada system was brought online without disruption to monitoring of five treatment works as well as more than 200 reservoirs, pumping stations and boreholes around Thames’ region.

Carly Bradburn, head of digital operations, explained the previous systems oversaw production, treatment and delivery of up to 2.2 billion litres of drinking water every day. “Replacing it has been a very complex and challenging project,” Bradburn said.

“The old system was over 25 years old and software updates were no longer available. Replacing it needed the engagement of multiple stakeholder groups, external suppliers and companies, and has been a vast undertaking.”

Schneider Electric supplied the new system and the migration was carried out over several months last year and in 2021, running alongside the old process, before taking full control of the whole estate.