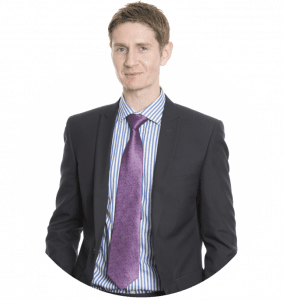 Working with industry, the UK’s ambition is for 5GW of low-carbon hydrogen production capacity by 2030. This is only possible with new entrants to the market, as well as having flexibility for existing producers of energy. Many energy producers operate under lease arrangements, but it could be said that modern leases create unnecessary barriers to clean energy production. If this is the case, what can be done to address the issue?

It is likely that in order for the UK to fully embrace green energy, hydrogen and carbon capture need to be considered in a land context when agreeing deals for the construction and operation of energy production. Every lease has a permitted user clause, restricting what that the land can be used for during the term of that lease. This in itself is not problematic, but without flexible user clauses, many leases would prohibit energy producers from diversifying, complying with statutory requirements, or evolving as technology advances allow.

The obvious solution would be to include green energy provisions as standard within these types of leases, but as landlords seek to maximise commercial revenues depending on what their site is used for, the devil can often be in the detail of allowing (or restricting) wider energy uses. Landlords who lease land based on a specific agreed user clause, can legitimately argue that the rent has been agreed on that use. As such, any change may require a further discussion with the landlord, who could seek to gain a commercial advantage.

The reason many leases are so restrictive in terms of user clauses is that the energy producers often enter the lease with one clear plan in mind, to raise finance based on a particular technology for their proposed energy production. Whilst wider green energy technologies are an added bonus, the particular technology is often the focus and the goal is simply to get the project off the ground. This can be difficult enough, without having to fight for broader lease terms.

Nevertheless, the flexibility to allow diversification into low-carbon generation methods has numerous benefits and doesn’t necessarily have to be to the detriment of the landlord. The incorporation of wider user clauses into lease terms can help the UK as it moves towards a greener future. If tenants can show that there will be minimal adverse impacts on the land because of the change in use, it could open the door to discussions at the lease negotiation stage, rather than being held to ransom further down the line. Some landlords may be concerned about the unknowns that surround greener energy production methods, such as hydrogen, but this can be addressed via the appropriate risk assessments and controls within any permitted change of use.

‘Anti-embarrassment’ incentives can also be built into the lease, to avoid any concerns that the landlord may have over under-rented land for alternative technologies. These can be in numerous forms, but are often included as revenue rents as a rent ‘top up’ if profits increase as a result of the change to greener technology. In practice, it is more likely than not that the cost base for the tenant will rise as a result of the change, but even if the change does lead to a revenue rent for the landlord, it does remove the need to fight for a land usage alteration. With political pressure mounting due to the government’s net zero targets, the removal of this hurdle can only be a positive.

It is quite possible that a change in law could compel the tenant to switch to low carbon generation methods, so this should be a consideration when negotiating lease terms to avoid a tenant having to go ‘cap in hand’ to a landlord for approval, to comply with statute. As green energy becomes more desirable, switching the use of land could well increase its value, creating a win-win situation for all involved.

A transition to alternative low-carbon energy production is inevitable, and flexible leases would assist energy companies to introduce these in a smoother manner. There are already a host of obstacles that stand in the way of this transition, from carrying out research and development to implementing new methods within existing infrastructure. To maintain another, in the form of rigid leases, is standing in the way of progression.

There are also separate issues to overcome regarding planning permission for alternative technologies, with new equipment and infrastructure often requiring further permissions. In general, the property sector must evolve to meet the greener needs of the UK, enabling companies to make sustainable choices without being unnecessarily challenged.

Greener leases will undoubtedly help the UK to reach its net zero targets. The easier it is for companies to diversify their energy production methods, the better it will be for everyone in the long run. The government’s goals will be difficult to achieve, and current projections show that action needs to be taken now. By playing its part, the property sector can help the UK to go green successfully.