With new details just published by the government, Gus McIntosh, director of energy futures at SGN, explains what Britain's first Hydrogen Village will look like. 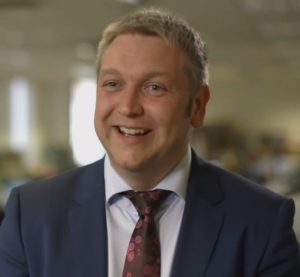 At the end of last year, the prime minister unveiled some of the most ambitious proposals yet for growing Britain’s hydrogen economy – including the government’s commitment to rolling out a ‘hydrogen village’ by 2025.

Fast forward six months, and BEIS and Ofgem have just fired the starting gun on the process of commissioning the next step of the Prime Minister’s ten point plan, the UK’s first ‘Hydrogen Village Trial’, publishing an open letter to the CEOs of Britain’s four gas distribution network companies.

So, what will Britain’s first Hydrogen Village Trial will look like? And what wider role will it play in the rollout of hydrogen?

In the most basic sense, the trial involves a statistically representative customer base of up to 2,000 occupied homes, offices and other buildings, all using 100 per cent hydrogen for a period of at least 12 months, so the people living and working in those properties can use the gas for their heating, hot water and cooking. There will be a particular focus on how we can repurpose existing gas network infrastructure in the community chosen.

The trial will build directly on the lessons of other flagship gas network innovation projects, like the world first SGN-led H100 ‘Neighbourhood Trial’ in Fife involving 300 homes, as well as projects such as the H21 test site in Cumbria that has been testing the suitability of existing gas grid infrastructure for 100 per cent hydrogen.

Whilst this trial is focussed on 100 per cent hydrogen, it will work alongside the industry’s HyDeploy project, which will shortly begin blending up to 20 per cent hydrogen into the public gas network in Gateshead.

That means we can gather additional information about what resources we will require for hydrogen network design, installation and maintenance, as well as the practical necessities for preparing both the existing gas grid and buildings for 100 per cent hydrogen, building on the detailed pathway gas network set out earlier this year in Britain’s Hydrogen Network Plan.

It will also take the ground-breaking work done by Leeds Beckett through the H21 project one step further, to better understand people’s experiences, attitudes, and behaviours to using hydrogen, including how we can minimise disruption and inconvenience when switching homes so they can use the gas.

And finally, the trial will help us gather more evidence on how different seasons and weather will impact the hydrogen conversion process, the operation of a hydrogen network, and the full range of appliances using hydrogen for cooking and heating.

There is another important aspect to the Village Trial too. The scale and breadth of Britain’s world-leading energy networks means that investing to build a zero-carbon gas grid means creating good quality, green jobs, and skills in communities all over the country.

This Trial will help us demonstrate how using hydrogen in Britain’s homes will mean that energy networks invest in our communities as we decarbonise, by building the infrastructure for new green technologies we all need. It will follow the example set by the Iron Mains Risk Replacement Programme, which has already installed 40,000 miles of hydrogen-ready pipelines and by 2032 will have delivered £28 billion of investment in communities across the country.

Britain’s world-leading Hydrogen Village Trial is yet another example of how tomorrow’s heat is today’s opportunity.

The eye of the storm: How technology can supercharge utilities’ responses to extreme weather
07/04/2022
Downloads
Responding to new health & safety risks
28/03/2022
Downloads