Ofwat’s announcement that chief executive Rachel Fletcher would be moving to Octopus Energy was a bolt from the blue. 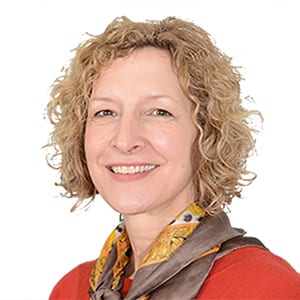 Fletcher is well regarded within the sector and was described as a “breath of fresh air in terms of her vision” by one commentator who said it was a shame she will not be there longer to further embed her philosophy. It remains to be seen if Ofwat itself has changed in line with that vision.

In her three years, Fletcher has achieved a lot, making progress in several areas where her predecessors came unstuck. She championed for social purpose to be at the heart of business and for the sector to be accountable to bill payers. She pulled together regulatory bodies to form the RAPID alliance, which is unlike any project before. One commentator described this as “a stroke of genius”, not least because of the difficulty of bringing so many different relationships together. The launch of the innovation competition was another notable achievement.

There was some disquiet in the early days of the pandemic at the tone she adopted with the industry but there has also been praise for the quick reaction to the situation in the non-domestic retail market.

Prior to Ofwat Fletcher spent 15 years at Ofgem, so she will be returning to a familiar patch albeit in a completely different role at a company that has done a lot to reshape the image of a traditional energy supplier.

Announcing her appointment, Octopus Energy chief executive Greg Jackson described an early meeting with Fletcher at a roundtable where energy companies were waxing lyrical about how they were putting consumers first. Fletcher bluntly retorted: “I don’t believe you”.

This no-nonsense approach and the gravitas she brings to a company that is keen to be seen as more than a disruptor clearly piqued Jackson’s interest.

After more than 15 years in regulation, it will certainly be a change of pace for Fletcher. One source described it as a “bold move that may well move the debate along in the sector greatly, just as she has done in water”.

It appears that Fletcher’s new role has been kept tightly under wraps, with Ofwat staff only informed this morning, shortly before the official announcement.

One commentator said the ongoing CMA appeals would have been a non issue in the process, instead suggesting that the nature of regulatory cycles leaves a fairly small window for change. They told Utility Week: “Review cycles mean if someone is going to go, they have to do it within a certain window to not disrupt the review. There are better and worse times to go and this is not a bad point.”

However, Ofwat will have to regroup quickly to avoid any knock-on effects on preparations for PR24. One commentator said that with the CMA appeal having already proved a drag on preparations there is a good chance the next price control will look similar to the current one.

There is the added complication that chair Jonson Cox is also due to step down in October. This has inevitably led to speculation as to whether the appointment process will be put on hold until a new chair is in place. Or could Cox be tempted to extend his tenure once again to ensure stability?

David Black being named interim chief executive means there is a steady hand at the tiller in the meantime. He has been instrumental throughout PR19 and the subsequent appeals so no one could know the building blocks for the next price control better.

Thoughts now turn to a long-term successor to Fletcher. One observer suggested Mary Starks could throw her name into the hat. Passed over for Jonathan Brearley for the chief executive role at Ofgem, Starks left her position as director for consumers and markets at the regulator for a consultancy role at Flint Global. If she was still keen to lead a regulatory body this could tempt her.

Paul Smith, who is currently director of consumers and markets at the Civil Aviation Authority, has worked in energy, utilities and financial services competition, regulation and policy development. One analyst suggested he would make an appealing candidate.

Hannah Nixon was a frontrunner for the role when Cathryn Ross announced her departure in 2017. At the time Nixon was managing director of the Payment Systems Regulator but has recently left to join Thames’ board in a non-executive role.

Ofwat has said Black will assume the interim role for the coming business year from April and he seems the obvious internal candidate for the permanent position. One insider described him as a relative traditionalist who firmly believes in economic principles – but that may not always match the complexities of the real world.

Aileen Armstrong, the regulator’s senior director of finance and governance or John Russell, its strategy director, may be considered, but Black would have the edge as a source of continuity through the price control period. He is understood to have a good working relationship with Jonson Cox, but it would remain to be seen how his style would mesh if a new chair is appointed.

Whoever takes on the role will do so at a significant time for the water sector, with tough challenges ahead and a changing landscape for UK utilities regulation.