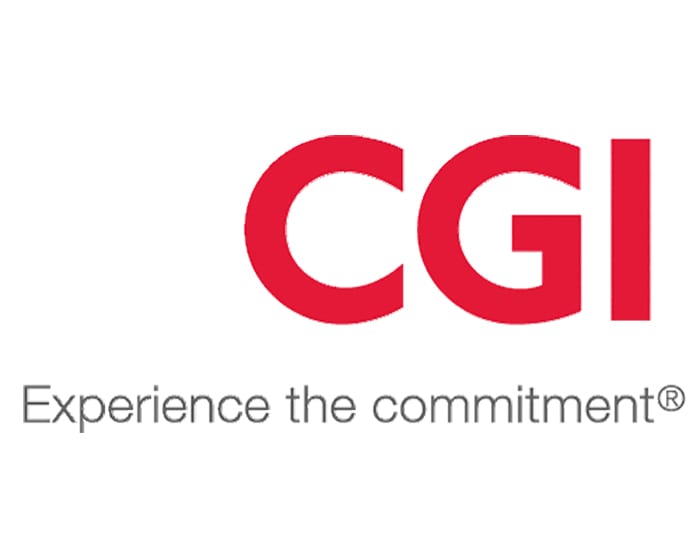 Ofwat’s new £200 million fund for water sector innovation aims to trigger transformational change in the way the sector tackles it's grand challenges. But will it succeed? This was the question up for debate among industry leaders at a virtual round table, supported by CGI.

Ever since it was confirmed in December 2019 that Ofwat was setting up a new £200 million fund to bring transformational innovation into the water sector, company leaders have reacted with a mixture of excitement and trepidation.

Excited by the opportunity that the fund will bring them together to tackle the biggest issues weighing down on the sector; trepidation, because it’s not entirely clear what is expected of them, and they’re not totally confident they can cast off their competitive instincts in favour of greater collaboration.

This mood music was again to be heard as chief executives and innovation leaders joined representatives from Ofwat for a round table event hosted by Utility Week in association with CGI.

There was overwhelmingly positive sentiment expressed during the 90-minute virtual discussion, but nevertheless hesitancy and puzzlement on a number of fronts. In addition to the expected collaboration versus competition dilemma, participants flagged up worries over whether water companies with less resource would have the bandwidth to be able to participate in the fund. There were questions about how benefits would be communicated with customers. And at the nub of the debate was the key question: what was transformational and what was the fund really for?

The fund and how it’s developing

The discussion began with a recap of the fund and the delivery timetable, alongside the progress of an industry-wide innovation strategy which Ofwat had previously called for.

Ofwat’s latest thinking had been published in a document in August which set out who was eligible, and timescales. In January next year Ofwat will open a bidding round with a funding pot of £2 million for smaller projects where bidders will be asked to make pitches in a Dragon’s Den type process. Then in April, £40 million will be put on the table for bids around a few key strategic themes, such as meeting climate change commitments and open data.

Ofwat has been at pains to stress – as were its representatives at the event – that it’s not just about funding ideas around new technology but that the regulator is also “welcoming bids that aren’t entirely a new idea but are about scale.” It will put flesh on the bones this autumn in the bidding process, but generally speaking, expects dialogue about the competition to continue to allow the processes to be honed, with the first year very much seen as a test bed.

Another significant development will be the appointment of a delivery partner in January, for which it was reported there has been a high level of interest from national and international organisations. Ofwat said it is looking for a delivery partner to draw together insights from other industries and other countries.

What counts as transformational?

A common thread of the conversation was the purpose of the work to come out of the fund, which Ofwat says it wants to be transformational, though it wasn’t clear to participants what that meant. One chief executive remarked: “Work that comes out of the innovation fund should be classed as a national triumph, not just a water sector triumph, but should apply to other sectors as well – so we can show what the water sector can do as a leading innovator within the regulated sector.”

Ofwat responded that there could not be a black and white answer to this.

“Some of the things we expect to see in there, like digital transformation of network, they could be transformational for infrastructure full stop and that could be a global success story.”

It added: “Innovation which could be considered ‘a triumph for the sector’ would be enough to start with.”

Another chief executive was uncertain as to why the objectives of his business plan would not be eligible for innovation, “even though consultation with customers for the plan proved these are the outcomes customers want”.

Ofwat again explained that this was not a cut and dried process either, explaining that there was no line drawn between innovations that were inside Ofwat’s Outcome Delivery Incentives or outside of them.

“Take leakage,” an Ofwat representative told participants. “We might not look at a bid which was for innovation to get down to target 16 per cent leakages but we might look at something that was to innovate to get to zero leakage.

“So bids can put forward ideas in some areas that the customer wants that are transformational rather than just hitting immediate or incremental targets.”

The need for failure

All agreed that there should be no expectation that all those awarded a slice of funding would prove successful. One chief executive went as far as suggesting, that “for every two that are successful, it should be expected that eight will fail, otherwise we’re not trying to be innovative enough”. Ofwat agreed with the sentiment but added: “But it would be good to get some early runs on the board.”

The question of how water companies would demonstrate the benefits of the fund to customers was raised by a number of those present, though no solutions were forthcoming. Given that a small levy had been added to customers’ bills which had not been consulted on, sooner or later customers would need to be asked whether this was a good way of spending their money, suggested one attendee.

Another present commented: “The fund does need to deliver real transformation – but people need to see how that success benefits  customers, who need to able to see the outcomes of what we do with the fund.”

The continued concern about the clash between competition and collaboration was a strong theme of the debate, despite Ofwat publicly previously calling this a “red herring”.

One participant who had been involved in drawing up the water industry innovation strategy said that a study the group had carried out around leakage had shown that companies weren’t up for sharing their developments and see innovation in this area as providing competitive advantage. “I think it’s an argument we need to settle once and for all,” he added.

There was hope that that the competition process would direct funding to those who excelled in certain fields who would then share their innovations and prevent duplication.

Other participants, however, took the view that there were many issues, particularly on the environmental matters, that transcended the sector and would represent a huge opportunity and no conflict for large scale collaboration.

Not all were convinced. One commented: “It’s a huge issue. I think it’s inevitable that as long as we have a regulator sitting in the middle as it were, they will want to see some competition because they have the customers’ interests at heart. If we want collaboration and transformational solutions, the way forward is to have collaborative environments and all companies working together and we do that ourselves without the involvement of the regulator.”

Summing up, Ofwat reiterated the view that “competition and collaboration can co-exist,” drawing comparisons with the automotive and oil and gas industries. “There are lots of sectors that are ultra-competitive but come together to collaborate – like the car industry where manufacturers are jointly developing battery technology because they realise not doing so is an existential threat to them – but then they still compete like mad on sales.”

Concluding on an optimistic note, Ofwat said: “We’ve seen that the appetite for collaboration is there and if we can harness that to embedding innovation in the sector, and take it to the next level, then that is a very worthwhile prize.”

It is beyond debate that the water industry faces a number of significant challenges in the years ahead.  We can’t survive without it, but the provision of clean and reliable water services into the future will have to cope not only with the changing climate and customer demand, but also with changes in customer attitude and their belief on what represents a legitimate purpose.  Throughout history, societies and organisations have responded to challenges by innovating, and the same will be true for the water sector today.  Ofwat has recognised the key role played by innovation in ensuring the delivery of its strategy, and the development of the Innovation Fund is a key pillar of its plan.

Perhaps unsurprisingly the industry has responded positively to the fund and the opportunities that it brings – after all, this is customers’ money and if it is going to be an addition to what bills would otherwise have been, then the companies will want to make sure that they gain full advantage of it.  Otherwise it is simply a missed opportunity.

Recognising the role that customers have in funding this exercise, one outstanding question might be to ask: what role should they play in the Innovation Fund process?  Seeking customer input has been a key activity in the formulation of company business plans through PR19, allowing the industry to rightfully claim that they have the agreement of their customers towards their planned priorities, desired outcomes and proposed charges.  To what extent should those operating and participating in the Innovation Fund seek customer input: both in terms of the strategic objectives on which they choose to focus, and the activities that they choose to undertake?

Maintaining and enhancing customer trust is a key priority for the industry. In developing the mechanisms to choose the initiatives that will receive funding, and the criteria against which that funding will be judged as having been successful, the involvement of customers is key.  Spending £200 million of customers’ money on innovation may seem like a sensible course of action and indeed a good investment, but to be fully legitimate the industry does need to involve them in what it is doing and explain what the benefits are.

Do this well and water companies will not only reap the benefits of the innovation initiatives themselves, but water will be seen by customers as a truly innovative sector.