With National Grid poised to scale up its ‘world first’ use of power flow control technology, Utility Week Innovate unspooled its Smart Wires tie-up and the operator’s broader network innovation.

In early 2021, National Grid installed 48 SmartValves across five circuits at three of its substations in northern England, creating 1.5 GW of extra network capacity – enough to power one million UK homes with renewable energy.

After initial success, National Grid has now detailed plans to build on this ‘world first’ large scale installation of power flow control technology on its UK network to add an extra 500 MW of capacity in 2022, according to a recent update.

It’s been well documented that factors such as the connection of more intermittent and distributed renewable generation to the network at scale, the phasing out of fossil fuel generation – which National Grid’s transmission network was designed to accommodate – and the electrification of transport are causing circuits to become unequally loaded. This rapid shift in generation and demand patterns means that transmission networks need to evolve to meet new requirements. 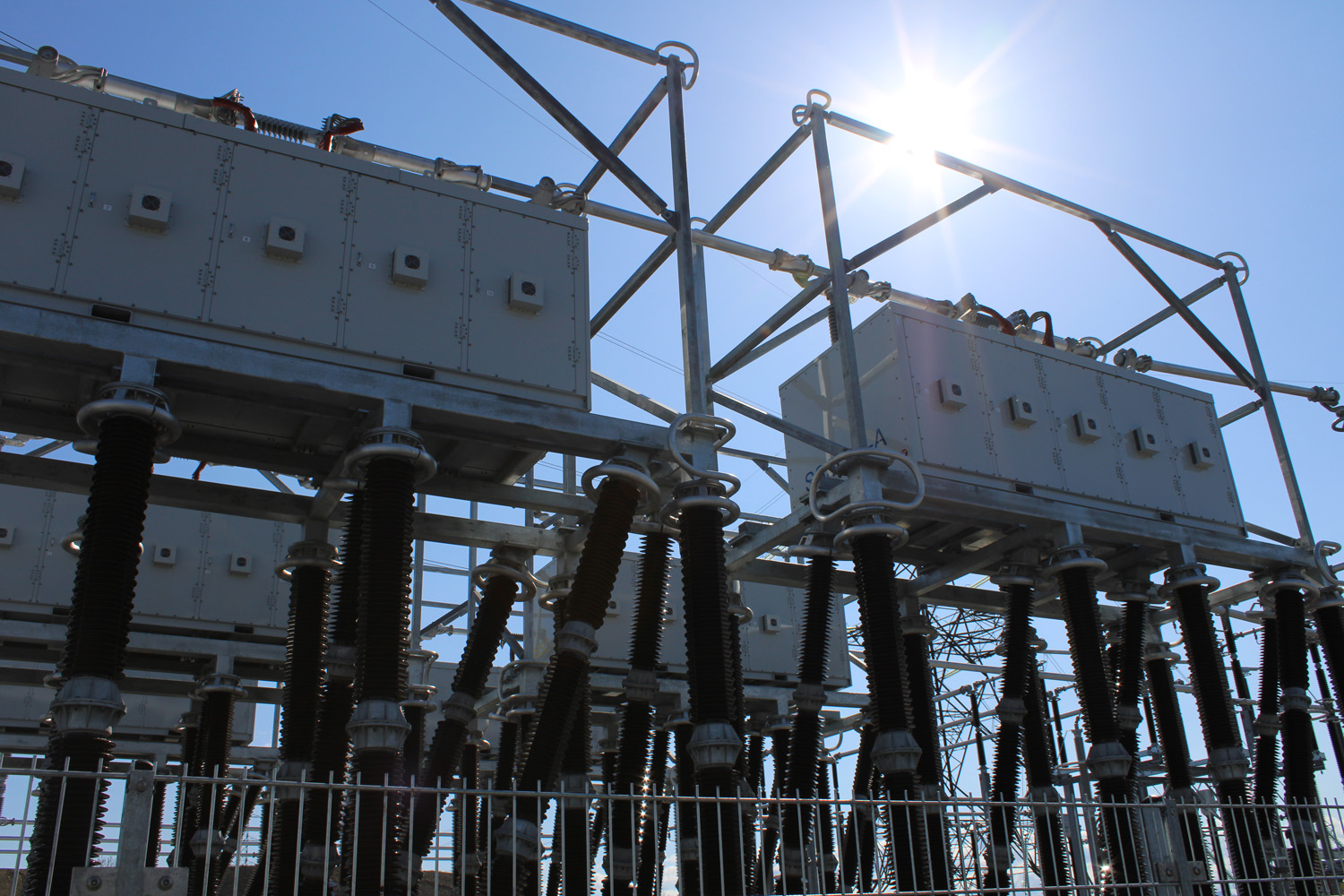 Consequently, National Grid, which owns the cables and substations that form the electricity transmission system in England and Wales, is using its new technology to not only meet changing demands, but avoid the need to build new infrastructure – contributing to the UK’s net zero ambitions in the process.

As previously reported by Utility Week, the technology works by detecting the current on a power line and injecting a voltage waveform that is offset in phase by 90 degrees to raise or lower its reactance. 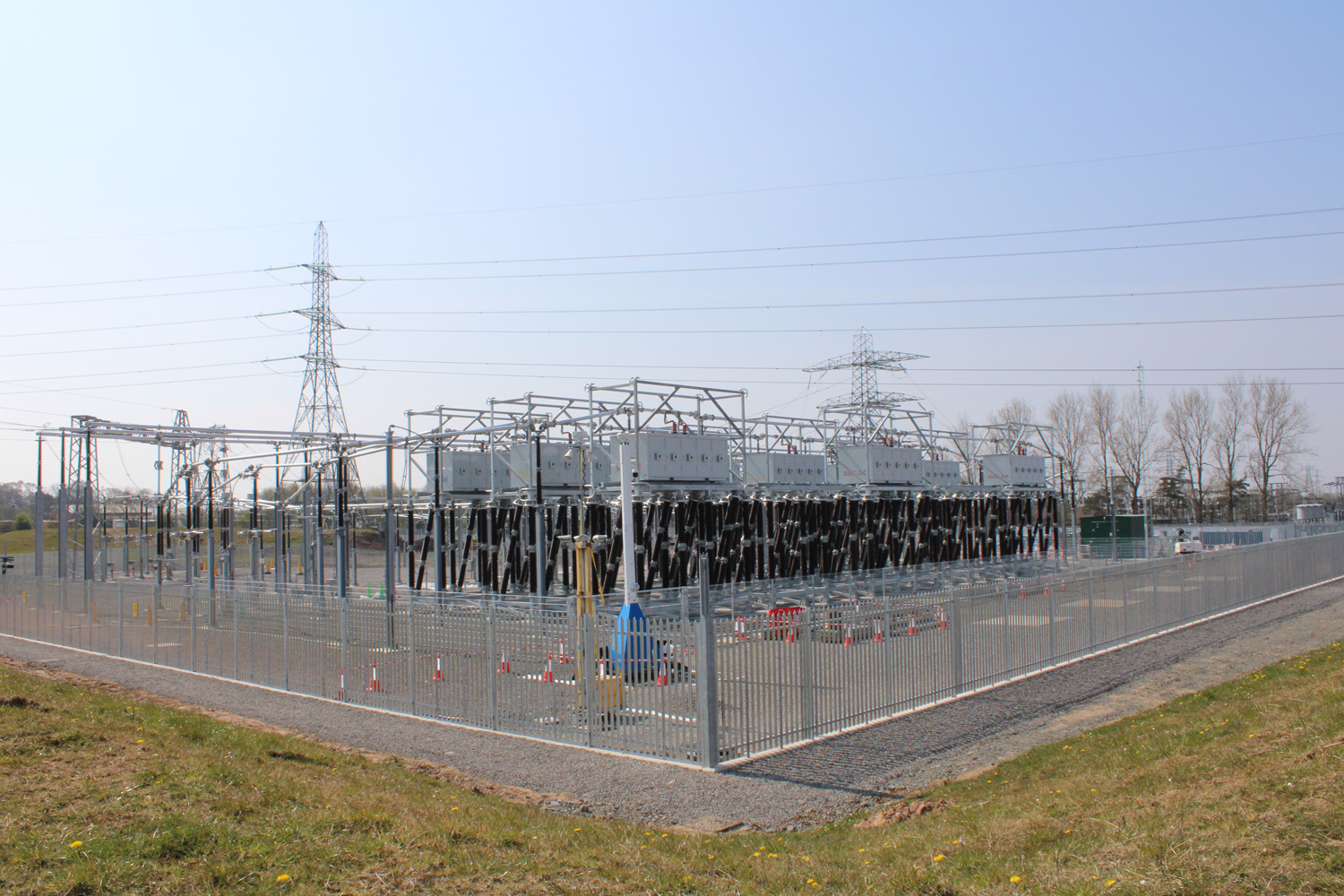 As current follows the path of least impedance – a function of both resistance and reactance – Smart Wires said it can therefore a make a power line more or less attractive in comparison to others.

Circuits at substations in northern England, near Harker in Carlisle, Penwortham in Preston and Saltholme in Stockton-on-Tees near Middlesbrough, were identified as renewable power-flow bottlenecks given substations were reaching capacity while surrounding circuits were still below their limits.

As part of upgrade work, communication equipment was also installed in the substation control house and connects the SmartValves into the SCADA system for supervisory control and data acquisition – allowing National Grid ESO to operate devices at each substation remotely.

A further 500 MW of capacity

Now, with the ever increasing volume of renewable generation seeking to connect to the network, National Grid has responded to the pressing need for even more capacity by announcing the expansion of its use of SmartValve technology.

In 2022, the ESO (NGET) will install additional devices and scale up its initial deployments near Harker and Penwortham to deliver more renewable power to its customers.

According to National Grid, the deployment design is optimised for scaling up or down project size, meaning that expanding the scheme is possible within the existing site footprint. This enables faster installation, reduces additional work and cost, and avoids disruption to both local communities and the environment. 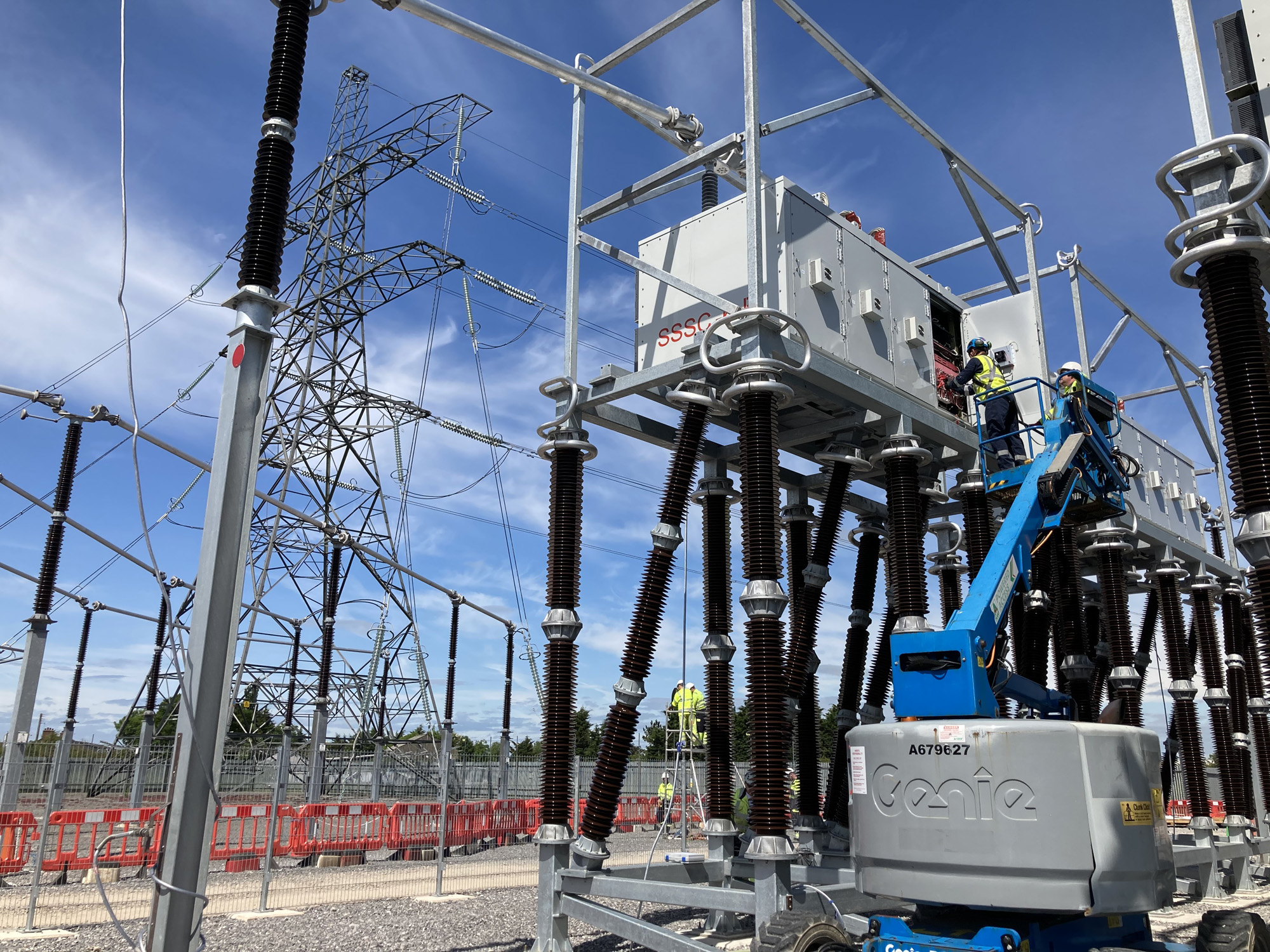 “At National Grid we’re committed to finding new ways to make the most of our existing network, delivering a cleaner, fairer and more affordable energy system that serves everyone,” Zac Richardson, director of new infrastructure at National Grid Electricity Transmission said.

“Our Smart Wires project is using new technology at substations in the north of England to unlock extra capacity, allowing greater volumes of renewable power to be efficiently transferred to customers.

“By expanding the initial SmartValve projects in line with the evolving needs of our network, we’re looking at delivering a further 500 MW of capacity – enough to power more than 300,000 homes – enabling us to release extra capacity quickly and without the need for new, costly infrastructure projects.”

Michael Walsh, chief commercial officer at Smart Wires, added: “We are delighted to collaborate with National Grid and our project partner Omexom on this portfolio of projects which leverages the true flexibility, redeployability and scalability of our technology to help decarbonise the UK electricity grid” 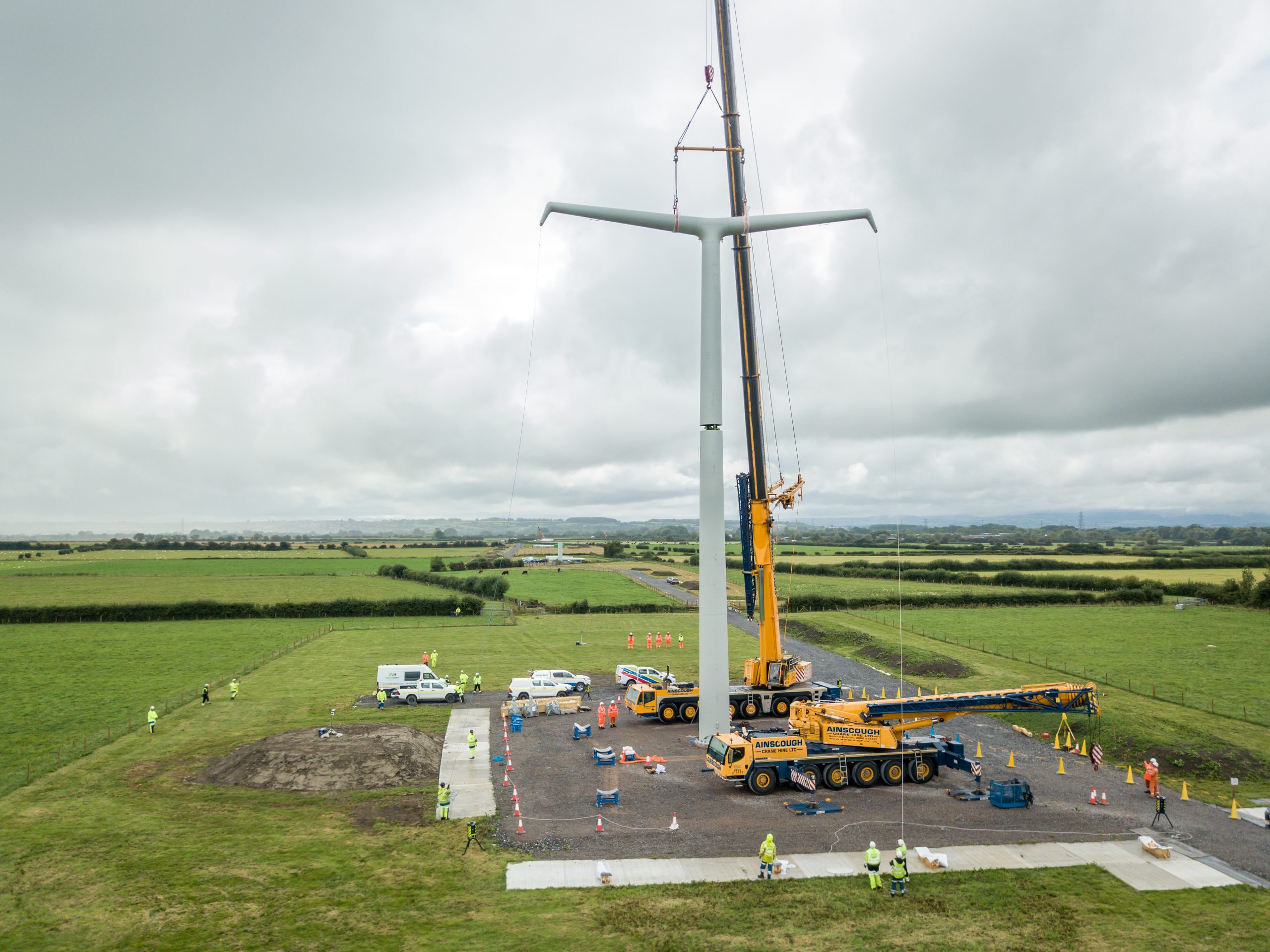 This announcement from National Grid comes amid a raft of new innovation projects, perhaps most eye-catchingly embodied by the installation of the world’s first T-pylon as part of the £900 million Hinkley Connection project in Somerset – the first newly-designed electricity pylon to be introduced to Great Britain for close to a century.

On top of this, SSE Energy Solutions and National Grid have unveiled a new scheme to capture waste heat from electricity transformers to both decarbonise networks and generate hot water and space heating for homes and businesses.

It is estimated that the project will initially cut heat network carbon emissions by more than 40% and offer a route to net-zero heat when applied to transformers served entirely by renewables.

National Grid told Utility Week Innovate that it estimates the project has the potential to save millions of tonnes of CO2 every year if rolled out across National Grid’s network of transformers and harnessing waste heat via SSE heat networks to serve towns and cities. 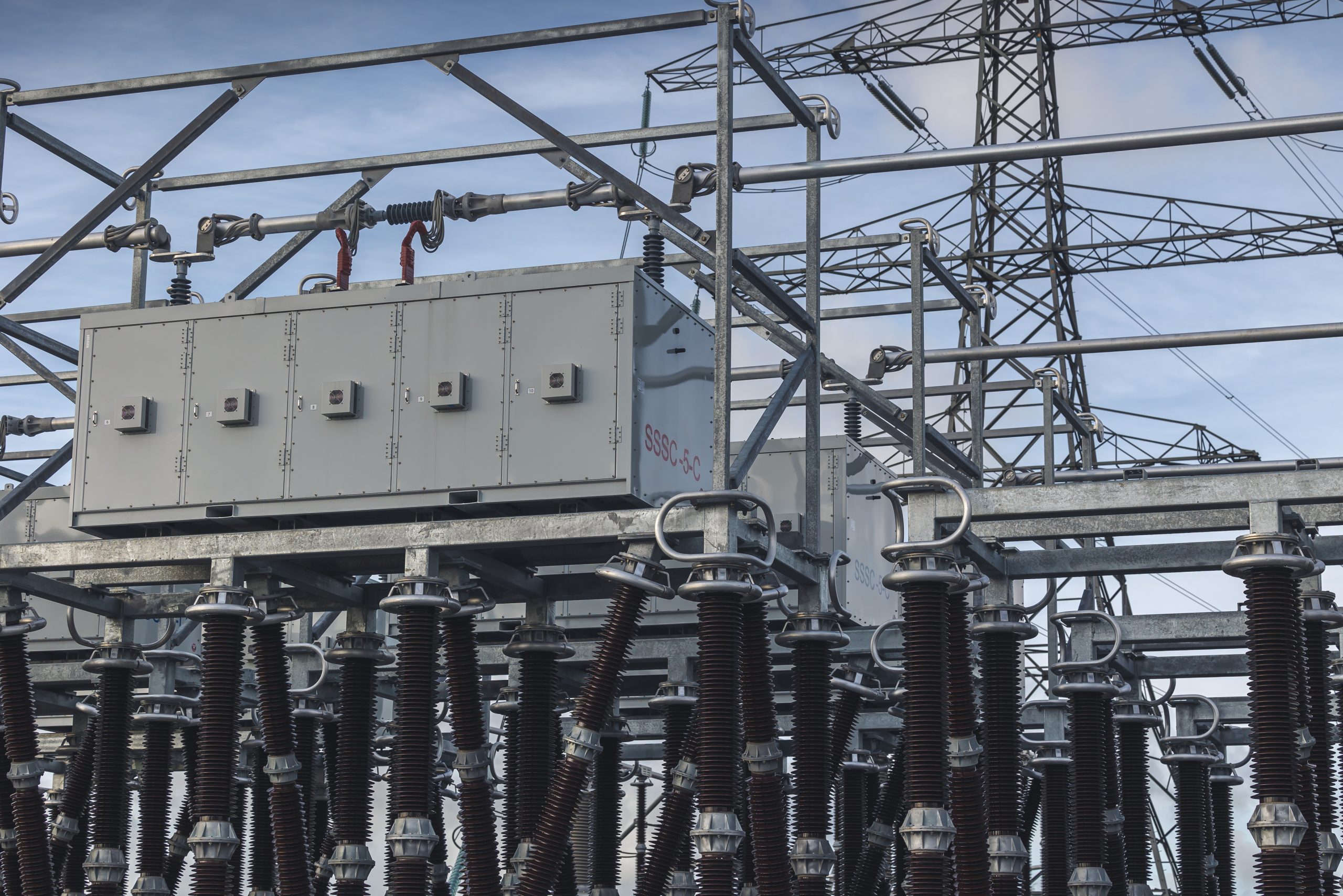 The Retro-Insulated Cross-Arms (RICA) research project aims to develop a method for upgrading overhead lines, allowing 275kV overhead line voltage to be increased to 400kV – paving the way for uprating 400kV lines to 550kV in the future.

According to National Grid, uprated lines could allow 45% more power to be carried on a number of existing routes, support both an estimated 39,000 ton reduction in CO2 emissions and £286m of efficiencies to consumers with future development. It could also open the door to ultra-high voltage networks.

“Putting innovation at the heart of the way we work has gained significant momentum over the past year,” Alice Delahunty, President of National Grid Electricity Transmission, explained in the operator’s innovation annual summary 2020/2021.

“All this is helping build the momentum we need to meet the challenges of the energy transition. A carbon-free transmission system will be an integral part of an energy landscape that looks very different to the one we’ve been used to for so long,” she added.

“To get there, we need fresh thinking, new ideas and a culture that challenges convention to be a natural part of the way we work.”

New approaches to asset management and maintenance and delivering smart energy networks are among the frontline challenges at the heart of Utility Week Live 2022’s live content programme.