*The full table is at the bottom of this article

So Energy has once again topped the Citizens Advice star ratings table, having been ranked first for six of the previous 11 quarters.

The challenger brand, founded by former Macquarie traders Simon Oscroft and Charlie Davies, was given a score of 4.6 out of 5 – up 3.9 and a fifth-place ranking in the previous quarter.

The star ratings rank domestic retailers according to how good their customer service is, including call centre waiting times, the number of complaints and customer guarantees.

Fellow challenger Green came in second place with a score of 4.45 while Igloo and M&S Energy were ranked in third and fourth place, scoring 4.4 and 4.35 respectively.

The results for Q2 2020 show the larger legacy suppliers continuing to lag behind their smaller rivals. In 2018 there were always at least two of the largest suppliers in the top five in each quarter, and at least one per quarter last year but only one, EDF Energy, has featured in the top five this quarter.

Meanwhile British Gas X, Centrica’s digital-only offering which was granted a supply licence earlier this year, was ranked 35th with a rating of 2.45.

In response to his company’s ranking, Oscroft said: “We strive to provide simple, clear and outstanding service, so being recognised by Citizens Advice again as the number one energy supplier for customer service is incredibly important to us, and something we never take for granted.

“We’re constantly finding ways to improve our processes to ensure we keep bills as low as possible and provide the best possible experience for our customers – something which has been more important than ever for households during lockdown.

“In a year when we have become profitable, we have shown it is possible to offer cheap deals, provide industry-leading service and grow sustainably, despite the challenging market conditions.”

At the bottom of the table in 40th place is Tonik Energy which scored just 1.7. Birmingham-based Tonik ranked poorly for complaints to third parties (95.6 per 10,000 customers) and average call centre wait times (8:31).

Yet the supplier with the worst score for complaints to third parties is Clydebank-based Together Energy (364.7 per 10,000).

Together, which ranked 36th, recently took on the domestic customers of failed council-backed supplier Bristol Energy. Speaking to Utility Week following the acquisition chief executive Paul Richards explained the company employs people from the poorest 10 per cent of postcodes in Scotland, meaning some customers were unhappy with the way complaints were handled.

“There are complaints where your agent has done everything they should do but maybe hasn’t put it back to the customer in a way that is satisfactory to them. Given that we recruit 90 per cent of our staff from the poorest 10 per cent of postcodes, we get a disproportionate amount of those complaints”, he said. 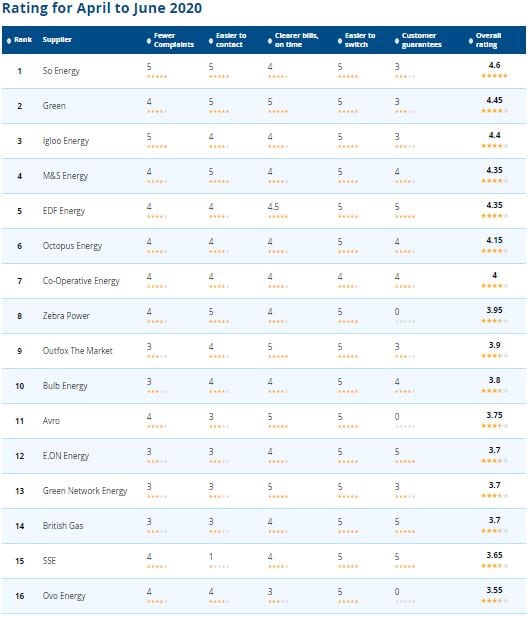 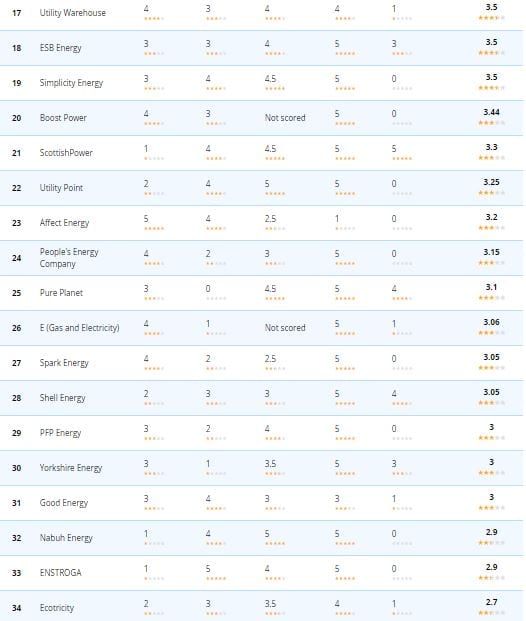