The summer meeting of the Utility Week & WNS Customer Trust Council acknowledged that utilities still have a way to go before they bring consumers back on side. 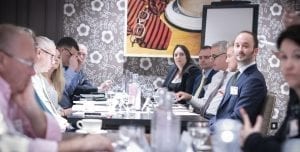 The CMA’s energy market investigation in 2016 was supposed to re-establish trust in the industry, but as far as politicians and the general public are concerned the energy sector remains the villain. Water is also increasingly under fire, with environment secretary Michael Gove attacking companies for a perceived lack of transparency.

In response to the ongoing issues with trust, Utility Week established the Customer Trust Council in 2017, in association with WNS Global Services (WNS). It works with energy suppliers, networks, water companies and consumer representatives to explore what has gone so badly wrong – and what the industry can do to fix it.

At the latest meeting of the council in London last month, it was agreed that pricing and trust are intrinsically linked, or as Victoria MacGregor, director of energy at Citizen’s Advice, put it: “Fair prices are what’s important – but more importantly, people want to know exactly what they’re paying for and why.”

She said trust, not unlike company culture, is a notoriously nebulous thing, and far more complicated an issue than cost alone.

Sara Vaughan, political and regulatory affairs director at Eon, agreed but added that there is a widely held assumption by consumers that energy is expensive, when in fact returns are not high. The problem, she said, was one of wording and transparency.

It was suggested that the price cap might alleviate these problems by providing a benchmark that could help people establish trust in their suppliers, but not all present were in agreement.

Doug Stewart, chief executive of Green Energy, questioned the sense of trusting the government to regulate bills. “We are having to pass on regulatory costs, but no-one explains to the consumer that we have no choice but to do that – there’s a duplicity.”

He said an advantage of the price cap may be that the government will have to take more responsibility for the costs involved.

As it stands, said Ben Newby, customer services and IT director at Bristol Water, “an individual would understandably struggle to know what the price should be”, before adding that customer perception with regard to pricing is easily swayed by the media. “Trust in a supplier can be destroyed in an instant by one inflammatory headline,” he said.

Mike Keil, head of policy and research at the Consumer Council for Water (CCWater) said he too would advocate a clearer breakdown of prices, but it was agreed the issue of transparency is far more nuanced than that. Or as Matt Rudling, director of customer services at UK Power Networks, put it: “It’s about perceived value as a customer, and how you communicate that is so important.”

Eon’s Vaughan advocated clearer communications, but agreed with Bristol Water’s Newby when she said: “Consumers will be influenced by what they see and hear in the press, and we have no control over that. How we get past that is a big hurdle.”

Ashleye Gunn – an independent consultant and member of Ofgem’s Stakeholder Engagement and Customer Vulnerability Monitoring Panel – put it this way: “There’s an open goal for the media on this. And if we do nothing, we will get hit by this time after time.”

Another “hurdle”, according to Paul Spence, EDF director of strategy and corporate affairs, is timing: “Being billed after you’ve already used a service does not suit everyone, and it’s a large amount of money to spend on something that is not fun or entertaining – people see it as a right.”

Dawn Stobart, director of external affairs for Christians Against Poverty, said “simplicity is the key – consumers need to understand exactly how bills are put together, and that will take time. Frustrations fuel mistrust”.

But the group agreed that understanding, or a lack thereof, goes further than billing. The influence of price comparison websites remains an issue – and specifically the fact they are often franchised, not always accurate (in the opinion of those present), and stand as their own commercial enterprise rather than as a “people’s champion”, as they like to present themselves.

With these issues as the backdrop, the pros and cons of digitalisation were discussed and the overwhelming concern was that although technological advances are welcome, they might not reach the people who most need the savings they can deliver – namely, vulnerable customers.

Data was highlighted as a potential solution to many of the challenges raised by trust and vulnerability – although delegates were quick to note the impact of the Facebook data scandal, and the importance of using data transparently.

Social tariffs, now offered by all water companies, were also discussed. There was a feeling that the current “postcode lottery”, whereby the level of social tariff depends on other customers’ willingness to pay, was unfair, and that a nationalised levy would be a better solution.

Finally, the topical issue of small energy suppliers going bust was discussed. With the barriers to entry for the energy retail market significantly lowered to facilitate greater competition, many worry that some companies coming into the market are not able to give customers the protection they need. This is problem is all the worse for vulnerable customers, who may switch to a smaller supplier based on price, only to find that supplier does not offer benefits such as the Warm Home Discount.

This once again demonstrates the complexity of the relationship between pricing and trust. 1. Companies don’t want to put up their prices, because the moment they do they’re lambasted in the press, but no-one acknowledges that these rises are not hiking profits so much as covering factors including regulation and capacity market changes.

1. Companies don’t want to put up their prices, because the moment they do they’re lambasted in the press, but no-one acknowledges that these rises are not hiking profits so much as covering factors including regulation and capacity market changes.

2. The industry needs to consider new pricing models and how these might work, to make everything simpler and clearer.

3. At the moment, the vulnerable pay the price while those who are savvy enough to switch get a good deal.

4. Regulation stifles the diversity of pricing, but the price cap might also stifle diversity – as Ofgem takes accountability for pricing, there may well be a backlash.